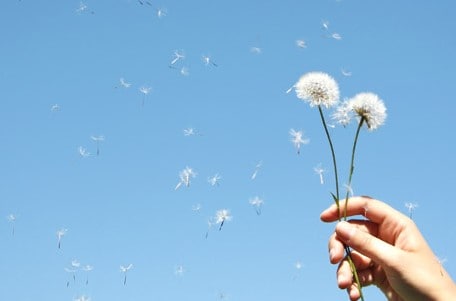 Hayfever and allergies are not only a nuisance they can block your nose and breathing pathways making it difficult to breathe and result in snoring.

The dirt on hay fever – What is hay fever?

Hay fever is an acute inflammation of the nasal passages that usually occurs seasonally. It’s usually caused by pollens or other airborne allergens such as dust mites.

Signs and symptoms, which usually present soon after exposure to pollens, can include:

People that suffer from hay fever have had their immune system identify a harmless airborne substance (like pollen) to be harmful. This process is referred to called sensitisation.
After sensitisation, when the body is exposed to an allergen, it produces the chemical histamine to fight off the allergen. This results in cold and flu-like symptoms.

Hay fever can sometimes be confused with other conditions like the common cold or flu virus which also cause a runny nose.
Colds  generally develop five to seven days after being exposed to a cold virus, and symptoms include a runny nose and fever.
Allergies have no associated fever and generally occur soon after exposure to pollen.

Vitamin C
Studies suggest that vitamin C supplementation has an antihistamine effect. Vitamin C also helps to  support your immune system. Fresh oranges and red capsicum are an excellent source of vitamin C. Chop up and add them to lunchboxes and have some fresh capsicum with dinner.

Horseradish and garlic
A tried and true combination of herbs used to ease congestion. Horseradish is known as a decongestant and may help to provide relief from a blocked up nose. Garlic has anti-inflammatory properties which can help soothe inflamed nasal passages. It also has an immune boosting effect.

Vitamin A
Vitamin A is great for maintaining the health of mucous membranes. This can be particularly beneficial in hay fever if there is constant inflammation of the mucous membranes. Snacking on carrots and adding sweet potato to your meals will give you an extra vitamin A boost.

How to deal with a snoring spouse
Snoring